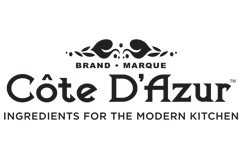 Also known as achiote, these pungent red seeds come from the annatto tree. They are used to impart a bright golden color to oils, rice dishes and meats, lending a tangy flavour as well as colour.

Primarily used in Latin and Caribbean cooking, annatto seeds are also used to make achiote oil, which is often used in rice dishes and stews. To make achiote oil, cook annatto seeds in hot oil until their skin dissolves. Once the oil turns bright yellow, discard the seeds and use the oil for cooking. Annatto seed makes a much cheaper substitute for saffron’s golden coloring; but it does not replicate saffron’s distinct flavor.

Be the first to review “ANNATTO SEED, 85 G” Cancel reply